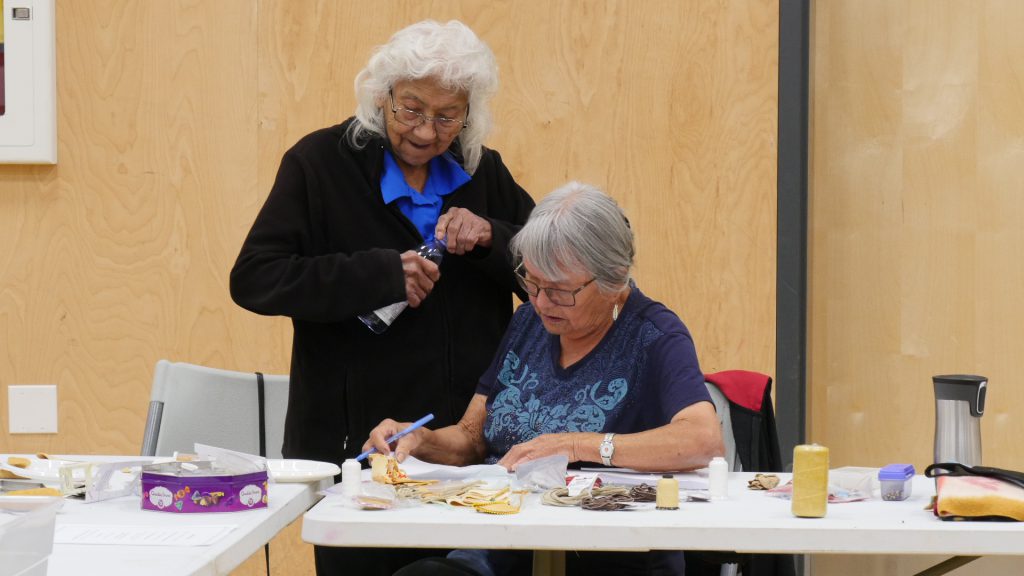 If you walk into the gym today (Sept. 16) at the Soda Creek Indian Band Offices, you’ll find people making drum sticks, medicine pouches and working on traditional language.
It’s part of Culture Days at Xatśūll – Cmetēm following funding from the First Nations Education Steering Committee who oversee all of British Columbia’s Aboriginal learning communities, says Education Manager Heather McKenzie.
“So I applied and received a grant and with it came language and culture opportunities for Soda Creek Indian Band.”
In addition to the drum stick and medicine pouch making and the language opportunities, there will be floor drumming next week with Dave Archie from Williams Lake First Nation and there’ll be pit cooking, says McKenzie.
A few of the cultural days have passed already. Cecilia De Rose and Cindy Charleyboy have been contracted for the Culture Days as well as Elders Ralph and Minnie Phillips, who have knowledge of history, culture and language, she says.
The language and culture program is winding down after being intertwined with the youth program this summer, says McKenzie.
“We’ve yet to go out and pick pitch as well as sage. So we’re hoping to do that next week,” she says. “Then they make it into a salve which is a healing potion for anyone that would like to heal anything that was open or causing pain from any kind of cuts-scrapes that they may have received and the sage that we’re going to pick is so that they can basically harvest it for their own spiritual well-being.”
They also broke bread together and had a chicken and spaghetti lunch with ice cream for dessert before heading back to the gym.
“The response is good. Although, with school back in session, I think that we need to have a few evening events so that the youth can also participate,” she says, though they also have some daytime activities in participation with School District 27 which the students have to attend for credits.